Farewell to Prince - My Memories 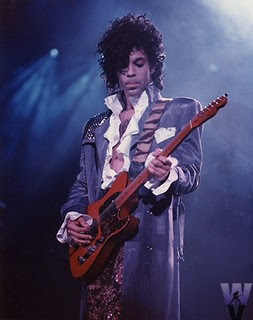 In the late summer of 1984, I saw Purple Rain for the first time. I was 14. Adolescence had arrived, and was about to be taken for quite a spin with Prince Rogers Nelson at the wheel. Every long-time admirer of Prince has their memories.

These are some of mine…

Like most of you, I thought Prince would endure as that strange and wonderful musical genius, always a little bit under the radar, keeping that mysterious low profile. And like you, I was sure we’d be watching him perform well into the future as a sixty-something, a seventy-something and  beyond. He seemed otherworldly and immune to “time,” didn’t he? Well, that all obviously shattered on that awful morning of April 21st.

Prince is gone. And I think the biggest reason I haven’t typed a word about him all year – my very favorite artist – is that it still doesn’t seem real. Prince dead? Impossible, man. Does not compute. It still just doesn’t quite make sense to me. But gone he is. The beauty of it all is that his music endures. I’m 46 now, and still under that purple spell. Always will be. Just as I thought to myself in my room all those years ago.

I'm Pete, a music lover from Arizona. I've been writing on Ickmusic since 2004. If you come across an old broken link that you're interested in seeing / tracking down, let me know.